The ClockClock project explores how the passing of time can be shaped and transformed into a tangible, kinetic concept. Inspired by this question, the project was initiated in 2008 by Per Emanuelsson and Bastian Bischoff, the founders of https://humanssince1982.com">Humans since 1982. Since then, their ambitious experimentation has resulted in large-scale artworks such as the A million Times series, as well as two lines of smaller works made available in limited editions: ClockClock 24 and ClockClock 9. 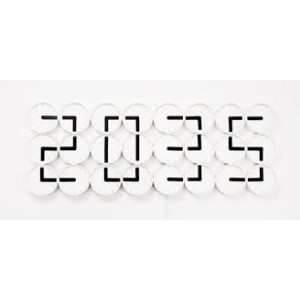